Questions and Answers About ‘Ask the Dark’ 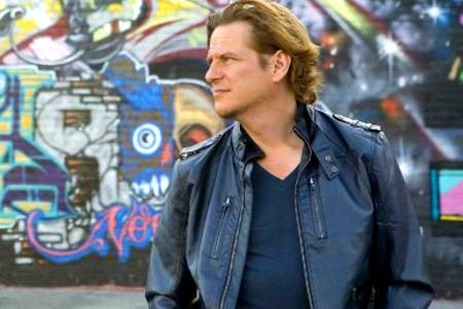 Recommending a book outside a customer’s comfort zone is a high-risk, high-reward proposition for a bookseller. Most of the time we adopt the Wooster slogan, “safety first,” and steer clear of crossing that line. There are times, however, when we encounter a book of such power that the irony of staying in our own comfort zone as a bookseller seems markedly unworthy.

I have never felt that quandary more strongly than I did after completing Henry Turner’s debut novel, Ask the Dark, a first-person account by Billy, a rough and roughly used boy, for whom safety is a luxury which he cannot afford. When he perceives that a serial killer, targeting at-risk children, is operating virtually unnoticed in town, Billy finds himself in the unexpected role of being a detective. The extremity of Billy’s circumstances make him an excellent observer of both character and behavior, while, ironically his own character and behavior are deeply misperceived by all of the adults in his life.

In short, Ask the Dark is extraordinarily good. Everyone over 14 should read it. Yet, I am concerned that some of the very people who get the most out it, adults who harbor biases against children like Billy, and who would therefore benefit greatly from reading the book, might be put off by its dark themes, and the presence of a serial killer, thereby misperceiving the book in much the same way as the adult characters in Ask the Dark misjudge Billy. Can we, as booksellers skulk in safety when Billy showed such exemplary courage? To get some perspective on this I asked, well not the dark, but rather the author of this sensational book, Henry Turner.

KB: I’m pretty sure David Hume would have loved Ask the Dark, given its exploration of the fallibility of undeveloped first impressions. Even if dead philosophers weren’t your primary audience, was faulty epistemology something you wanted to connect with your readers about?

HT: Good question! I’d say yes – and no. I never intended any specific message with Ask the Dark –I never had what people call an agenda. What motivated me to tell the story was what I felt about Billy – how excited I got seeing him come through in the end and do what was right, no matter how badly things had been going for him. That said, I’ll tell you what I, personally, think. I think the world has dumped on Billy so much that his whole life has become one big reaction to the crummy way he’s been treated. His neighbors basically blame him for the life he’s born into – poverty and ignorance. And so far he’s been a delinquent, kicking against the world, blindly fighting back. He’s not really a criminal, because he is simply reacting; he’s not really in control of his behavior – or responsible for it. And that scares people. Because if he is not responsible and in control, then maybe nobody is! The whole fabric of society is undermined by the behavior of one kid! He seems to be saying, all you people who pick on me, you control things because of privilege, not character. But in the end, he proves he has character. Tons of it. Maybe more than anybody else!

KB: Many people seek out or choose to have experiences that have an element of extremity that suspends illusion, rock climbing, winter hiking, and so forth. Billy lives perpetually in a situation of extremity that he does not choose to have, but which nonetheless has a similar effect. He cannot afford illusions and is a very accurate observer of both character and behavior. For example, he perceives Jimmy’s character in leaving him behind in the house much more accurately than Jimmy’s father did. Is Billy’s own character separate from the extremity in his life, or is it a byproduct of it?

HT: A by-product in many ways. Poverty makes his life precarious. But social instability is the worst form of excitement – so he seeks fear and danger as an alternative. It’s his way to provide for himself – danger is his toy. He thrives on “maybe getting caught.” Fearlessness is his prized possession. Most boys envy guts, and Billy is all guts, because he has little else to keep him from dwelling on his real problems. The benefit is that he can still think clearly and make close observations while under extreme pressure!

KB: I found myself thinking of him as a detective. Is that intended?

HT: I definitely thought about the boy-detective genre when I wrote it – but I tried to emphasize that while he is not intentionally a detective, going through the motions of being one staves off the pressure he feels coming at him from all sides. Billy is naturally curious, though, and he has all the instincts and abilities of an achiever – but he was born into a life where he prematurely falls through the cracks. In his own way, he loves to learn and even study  – see his expert knowledge of hardware supplies and the proper use of tools. And finally, he has to confront right and wrong with a detective’s sense of justice.

KB:  Have you considered the potential dark irony that some readers, particularly adults who harbor biases against children like Billy, and who would therefore benefit greatly from reading the book, might be put off by its dark themes, and the presence of a serial killer, thereby misperceiving the book in much the same way as the adult characters in Ask the Dark misjudge Billy? As a bookseller who feels that adults with biases against kids like Billy, who discard and discount children they are uncomfortable with, absolutely should read Ask the Dark, I am thinking hard as to how to bridge that gap, bearing in mind that pushing against a customer’s biases via handselling is a touchy, high-risk, high-reward, proposition for a bookseller.

HT: I think they are in for a great discovery, those parents who might distrust him just for what he is. They are like the adults in the book who judge him by first impressions. I wrote the book with them in mind – the people who might reject him because of how he talks or what’s he’s done. And I was very much interested in what creates a hero. Billy represents an essential aspect of human nature – the impulsiveness people have that can go either way: to good or evil. Are heroes good? Are they socially acceptable? Billy has a knack for seeing evil where others cannot. The book’s dark themes are essential to illuminate these questions. Boyhood is a tough time, and we mustn’t run from honest descriptions of it. Boys can learn from Billy – and maybe their parents can, too. Billy is a courage-teacher, teaching us the courage to change. You see, I don’t want Billy’s antagonists to merely accept him. I want them to love him.

KB: Given that Ask the Dark is most likely a stand-alone, is there anything surprising you can share with us about Billy’s future?

HT: He has long-term health problems. He gets married. The fruit stand is a success. Oh, I know all about him! I even cut some scenes that I’m thinking of putting on my website, which give a few clues about the girl he falls in love with. I am definitely going to write more about him