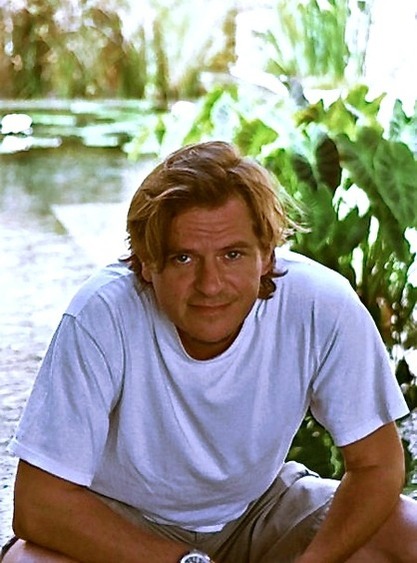 Billy Zeets’s life is far from perfect. His mother has recently died, leaving his family deeply in debt from medical bills. His father, desperately working at as many jobs as he can to pay the bills, takes a terrible fall and can now barely move without pain. To add insult to injury, Billy’s sister Leezie has starting running around with badass Ricky and the bank wants to foreclose on his home. And then Billy discovers the body of a missing boy from the neighborhood.

Debut author Henry Turner has crafted a frightening and thought-provoking story that will have readers questioning their own perceptions of good and evil, right and wrong, and who can be trusted. While Billy has friends, he knows that they all have secrets, just as he does. But the protagonist is an observer, a voyeur, who uses what he sees to piece together seemingly unrelated details to come to a horrifying conclusion on who is murdering boys in his town. SLJTeen spent some time with Turner to talk about Ask the Dark (Houghton Harcourt; April 2015).

We first meet Billy at the end of his story, which he slowly unfolds for readers. The first five pages are full of little breadcrumbs that get picked up and dropped through the book. Can you tell us what your process was for plotting out the narrative?

Everything is written extemporaneously, but is mulled over for a long period of time prior to writing. I constantly visualize everything that happens, and when I write, I go into a sort of trance—a hypnotherapist once saw me writing, and described me as being hypnotized! I used to plot very minutely, until my techniques of plotting became subconscious. Now I am undoubtedly plotting—but not on a conscious level—I am guided more by emotions than plot points. So when Billy drops those crumbs in the beginning, I knew exactly what they referred to—I did not write the intro after-the-fact.

When Billy discovers the body of Tommy Evans, he is completely detached. There is no sense of horror, just cold observation.

Finding the body makes Billy’s senses spring alert. He knows danger is present, so he shuts down almost completely, becoming one big Eye, watchful of everything around him. He listens to every sound, and even climbs a tree to gain high ground from which to spy on his surroundings. Because he has put himself in so many dangerous situations where a wrong move or word might spell the end for him, he has the ability to suppress his reactions and make himself utterly still—a trait that ultimately saves his life.

Richie Harrigan is a very interesting character. His father is a banker, yet he works around town as a handyman. There is a similar contrast with Jimmy Brest, who constantly bullies Billy, and his father, an upright (and uptight) Marine colonel. Do you see this as part of creating the tension that carries readers through the book?

I wanted to create as realistic a picture of a neighborhood as possible, and show it as a place where things are not what they seem, or that haven’t worked out as people hoped or expected. Billy’s neighborhood has a sort of social pecking order, in which Billy finds himself at the bottom. Each character in the story has a place in the pecking order—as well as a reaction to being fixed in that place. The conflict of these characters certainly creates tension.

I also wanted these characters to show that—as with Billy himself—you have to look deeper than a first impression to get to the truth of who a person really is.

To save their house from being foreclosed, Billy’s family has to come up with $48,000 in about a month. This would defeat even the most ambitious adult, but not Billy. He throws himself completely into working every odd job he can get to hit that goal. Is he stubbornly blind, naïve, or wildly optimistic?

He wants to do what he can. Instinct tells him that if he keeps busy and at least tries, his suffering will lessen. I see this as a key to his character—he won’t sit still, and the same restless energy and sense of being in last place that has often gotten him into trouble now rises in a different and better sense—prompting him to try all he can, and against all odds, to fight off disaster.

There were many moments while reading the book that had me holding my breath, afraid to turn the page—but I did. In fact, every time Billy went to the “dark house,” I wanted to scream at him. What makes him so fearless?

When Billy sees trouble coming, he doesn’t run away—he runs right at it. He knows that the pain of a fight or getting in trouble hurts much less than the emotional pain he feels when he thinks about how he failed his mother, or how his father’s entire life is being made a mockery by a bad mortgage. Facing danger is Billy’s Extreme Sport, because it takes his mind off his real pain. He’s glad to go into that house. It’s not much different than what rock climbers say: It’s cheaper than therapy!

Looking for clues, Billy considers asking his friend Sam Tate for help. Though Billy’s life is pretty crappy, he is very empathetic to others. I think his thoughts on Sam depict this perfectly: “You see, me, I got scars on my face. But this Sam Tate, this friend of mine? All his scars are on his heart.”

Billy faces his fears. He doesn’t carry the heavy burden of psychological and emotional pain that handicaps Sam, giving him those scars on his heart. Billy has been forced to fight back, getting his pent-up feelings out of his system so they don’t just stew inside him. Because of this, he sees the world quite clearly. It could be said that in dealing with his own pain, he can better see the pain in others.

Billy has an unusual way of speaking, using odd contractions and slurring certain words. Was it difficult to construct his internal and external dialogue?

I worked a long, long time on his voice. He speaks with a heavy Baltimore accent. I grew up in Baltimore, but just knowing the accent wasn’t good enough, I had to be able to think it; I had to have his voice in my head so it would flow out freely and effortlessly. Getting something to the point where it’s effortless takes a lot of practice. You’ve heard of method acting—this was sort of like method writing!